Don’t Go Through With This – Alex Coal & Bunny Colby 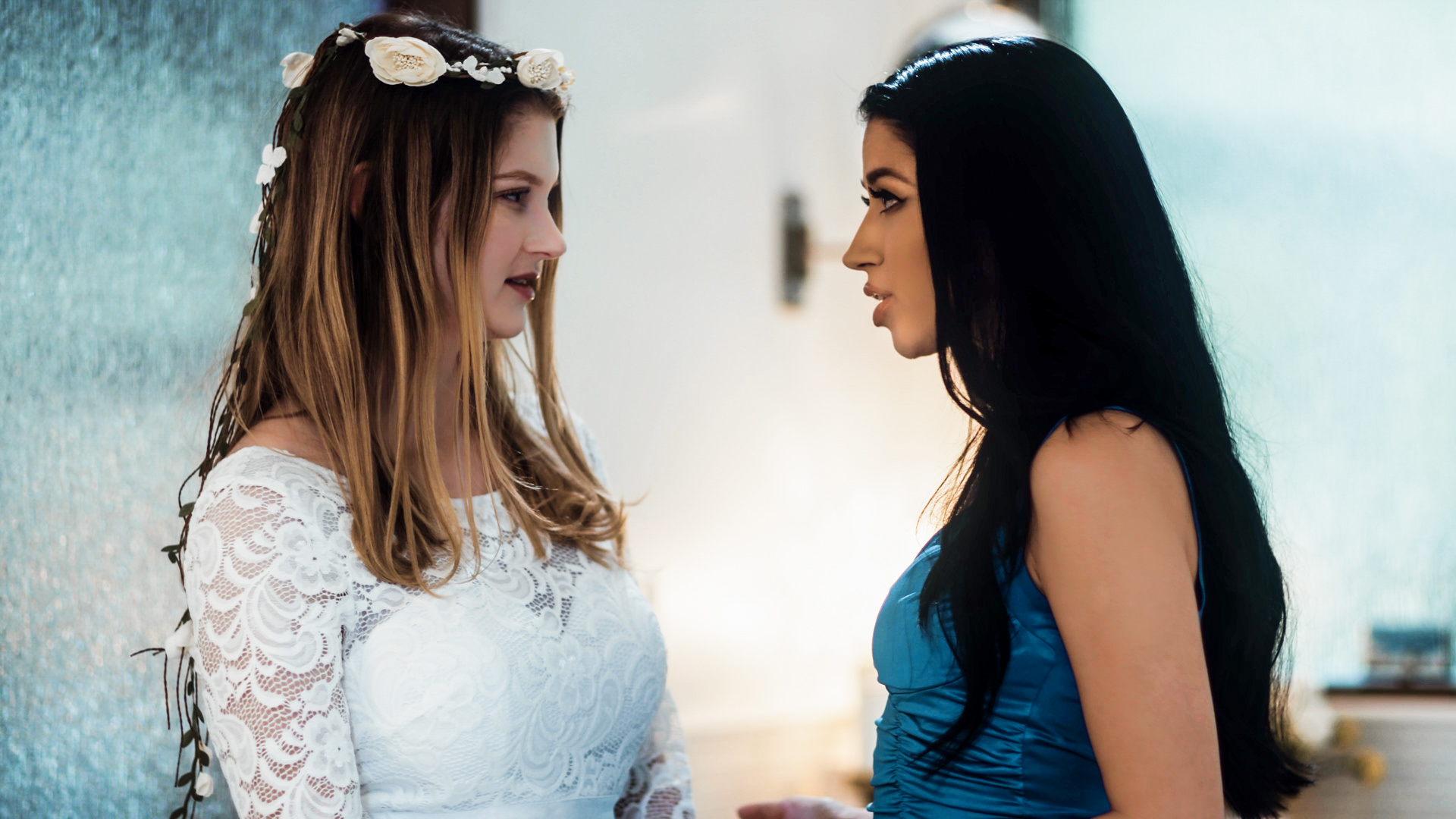 DON’T GO THROUGH WITH THISA bride named Prudence (Bunny Colby) is having a private moment in a bathroom during her wedding reception. She is upset and clearly looks like she’d rather be anywhere else but there. But Prudence’s breakdown is interrupted by another woman, Eliza (Alex Coal), soon walking into the bathroom.Prudence is stunned to see Eliza, who is an old friend AND her husband’s sibling– not only because Eliza wasn’t invited to the wedding and reception, but because there’s been drama in her past. In fact, Eliza was excommunicated from their strict religious community years ago because she’s a lesbian. But the more they talk, the more it seems as though Eliza has shown up specifically to rescue Prudence from a life of repression.Prudence is nervous as the pieces come together to reveal that she’s a lesbian as well, although she had to marry a man to appease her family and community. Eliza tries to convince Prudence to run away with her and be who she really is, but Prudence is unsure. Can she REALLY give up EVERYTHING in order to live as her true self? And as things heat up between them and sparks fly, is Eliza really doing it all from the goodness of her heart?