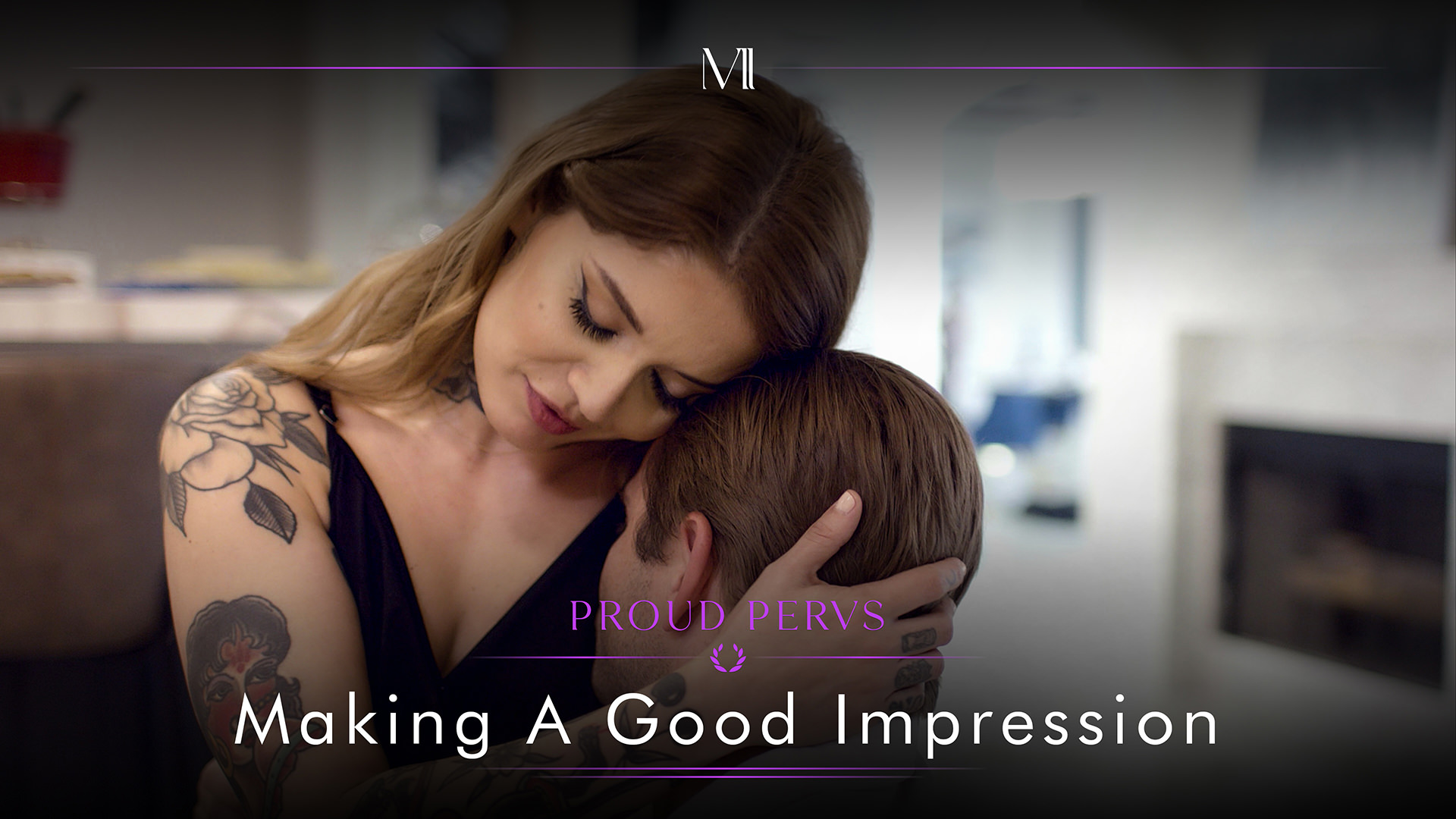 Vanessa Vega anxiously prepares her home for a meeting with the local homeowner association, which she hopes to become part of. She tidies up and puts out snacks, wanting everything to look perfect. Her husband, Nathan Bronson, playfully tells her not to forget to wear her SPECIAL accessory. Vanessa says she doesn’t want to freak out her new neighbors, especially when she’s trying to impress them, but Nathan is still mischievous and unapologetic as he tells her this is who they are. He KNOWS she likes it as much as HE does. Why should they hide it? Vanessa can no longer deny that she likes being naughty as much as he does, so she agrees to don the ‘accessory’.When the guests arrive, Vanessa greets them and Nathan activates her ‘special accessory’, a vibrating butt plug, causing her to jolt with pleasure. However, the guests don’t notice. Vanessa continues hosting, trying to make pleasant conversation with the guests and serve them snacks. At the same time, she has to try to hide her growing arousal, as Nathan uses a cellphone app to keep turning up the butt plug’s intensity. The guests start to get weirded out by Vanessa’s erratic behavior, as it becomes harder and harder for her to hide the pleasure she’s feeling.Nathan then puts the vibration to the highest setting, intending to do it only briefly. But the app on his phone crashes, so he is unable to stop the butt plug as it vibrates inside Vanessa at full strength. Vanessa tries to control herself, but she is overwhelmingly aroused and can no longer hold back. She frantically starts touching herself, causing her horrified guests to flee the house. Once all the guests have left, Nathan finally manages to get the butt plug under control. Vanessa lightly scolds him for all the trouble he caused, but then admits that it was fun and that she’s still turned on.They kiss while fondling each other over their clothes, then slowly undress each other. Nathan then does cunnilingus on Vanessa while keeping the butt-plug in her. She pleasures him in return by giving him a blowjob, then he pounds his cock into her pussy in various positions while also toying with her butt plug. Eventually, Nathan pulls the butt plug out of Vanessa, and then rims her. He goes back to fucking her pussy but without the butt plug this time, until he pulls out and cums on her ass. The couple then finds a mysterious note from one of their neighbors. But what does it say?