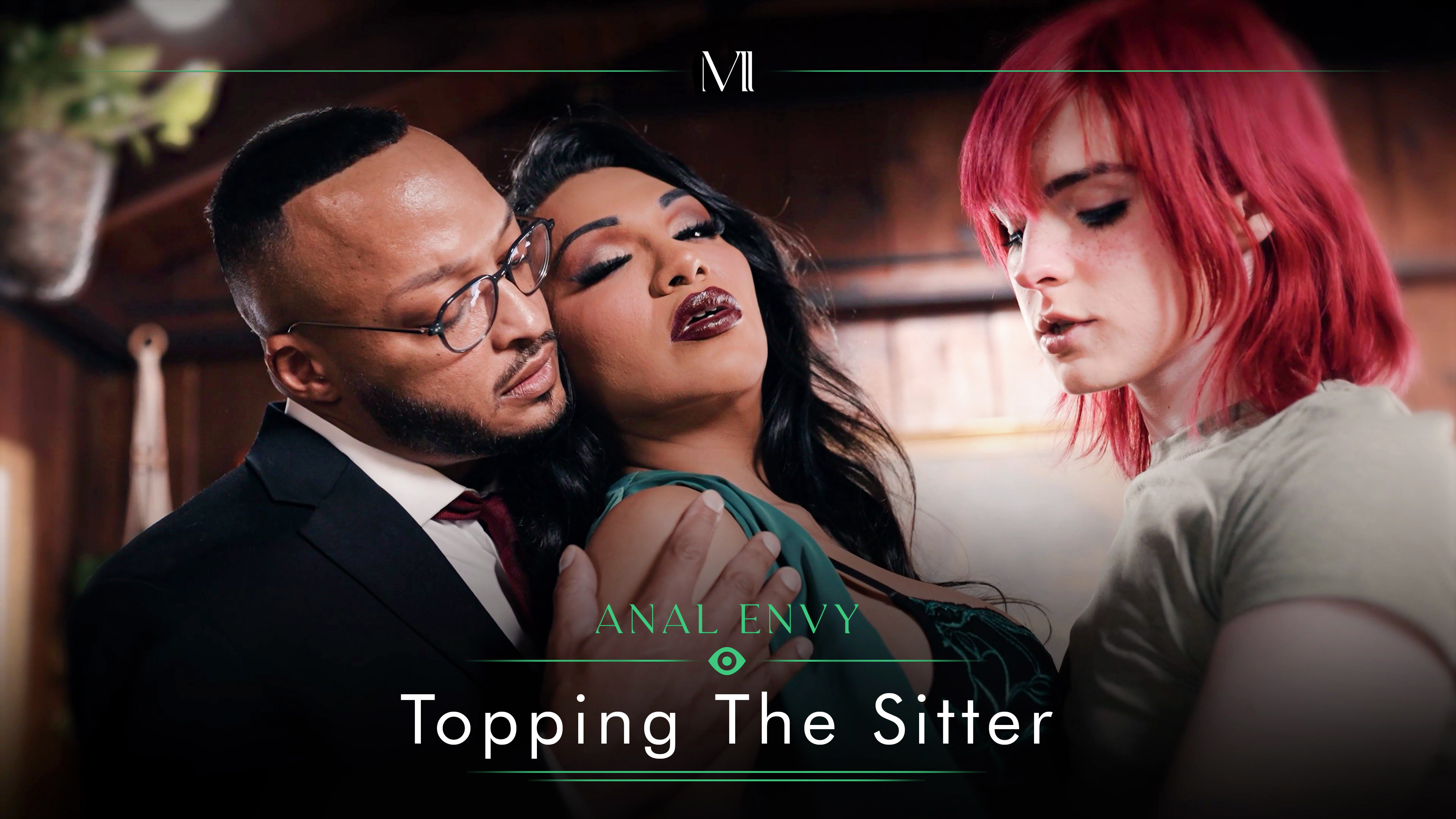 Jessy Dubai shows Ella Hollywood around her home, helping them get used to the place as the new babysitter. But as Jessy gives Ella the grand tour, Ella is starstruck. Ella soon has to stop Jessy, admitting that they really admire Jessy. Since they’re trans themselves, and know Jessy from around the neighborhood, they admire Jessy for being so proud and successful –s he seems to have it all.While Jessy is flattered by the attention, she tells Ella that she’s worked really hard to get where she is. She’s thankful for Ella’s admiration, and shares with Ella that the key to getting ANYTHING in life is that if you want it, you GET it, no matter what.Ella is in awe and the topic soon moves onto Jessy’s seemingly fairytale marriage with her husband, Dillon Diaz. That’s when Jessy reveals that, although it seems like she has everything she’s ever wanted, there’s one thing she’s missing out on: fucking her husband. Ever since they got married, despite Dillon loving her dick, he just hasn’t bottomed for her. While Jessy loves Dillon dearly, sometimesshe very much misses being the one on top.Even as she speaks, Jessy seductively draws herself closer to Ella. It’s clear by the hungry look in Jessy’s eyes that she desires Ella. As soon as she playfully grinds against Ella, Ella is putty in her hands. She wants — and will get — Ella’s cute ass.Ella is all for it, but, as they eagerly feel Jessy’s hardening dick through her clothes, they’re a little worried. What if Jessy’s husband catches them? But Jessy isn’t concerned at all, stating that if Dillon catches them, he’ll just have to join them.Jessyspins Ella around and bends her over, admiring her ass. The heat builds between them as Jessy grinds against Ella, even smacking that ass. They share lustful kisses, though Jessy soon tugs down Ella’s shorts and brings her mouth to Ella’s inviting hole instead, rimming them in preparation for what’s to come.Once Ella is ready to go, Jessy is quick to get Ella on their hands and knees. As she slides her throbbing dick into Ella’s tight ass, fucking them doggystyle, they’re both lost in a blissful haze… until the door opens and Dillon returns home from work. Instead of being mad, he’s turned on as he teases Jessy for being so impatient and starting without him. But it’s okay, since now all three of them can have fun together.