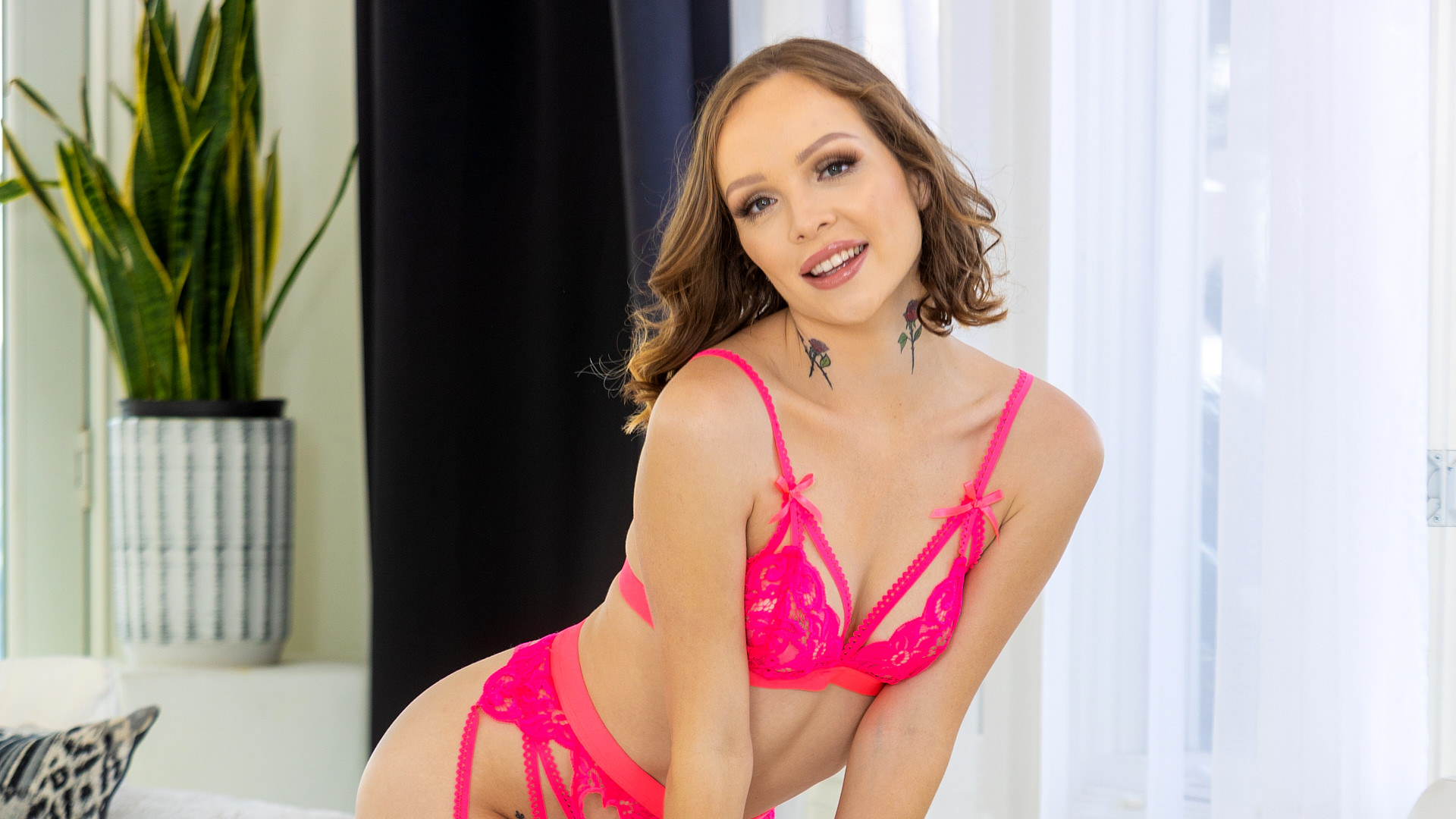 Aliya Brynn is standing on the grounds of her sperm donor’s mansion, overlooking the city. She’s on the phone with her wife, assuring her that the donor, Mike Mancini, is very professional and respectful. After she hangs up, Mike comes out and they chat for a bit, after which he gallantly leads her into his home. Later, Aliya and Mike relax in his living room, where Mike is going over all the offspring he has provided to so many women across the world. Aliya is amazed at how… busy he is. He even follows up with each and every one of them- as a licensed inseminator, he needs to keep solid records. Mike then asks if Aliya’s wife will be showing up to witness the insemination, to which Aliya replies that she will not. Unfortunately, Aliya’s wife is a little at odds with this entire process and would rather let Aliya take care of it on her own. Mike suggests they get started with the insemination. Aliya is taken aback- does he mean to do it right here, right now? Why not, Mike says- he’s at MAXIMUM sperm count. As he says this, he stands up and reveals his massive cock, and Aliya’s eyes go wide with awe. He invites her to get undressed, after which he leads her through a sexual experience that will lead to a massive, life-changing creampie.